In recognition of the author’s 400th post on this blog, we are re-running select posts from time to time.

The “lunch bunch” isn’t a reality for most workers, a recent survey from Accountemps suggests. 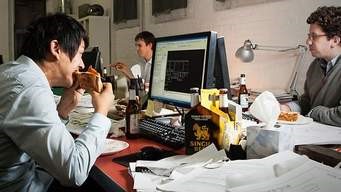 When asked how they spend their lunch hour, nearly half (49%) of professionals said they typically spend it eating alone. Yet almost as many (46%) people said they would rather have a co-worker join them for the meal.

“Even with demanding workloads, employees should try to step away from their desks during the workday,” said Bill Driscoll, a district president with Accountemps. “Sharing a meal with co-workers not only strengthens business relationships, but creates a more relaxed environment for collaboration and the exchange of ideas.”

Added Driscoll, “The simple act of taking a break – even for a few minutes – can help clear your mind and broaden your perspective, especially when facing challenging business problems.”

“I’m too busy to take a break,” many workers will say. “My response has always been, ‘Busy-ness’ never goes away, so take a break anyway! Wolfing down a sandwich at your desk doesn’t count!” Unless you can do so quickly before eating, I don’t think checking messages or surfing the Net on your break counts either. The point is to get away from your work space and screen time!

However, it’s worth pointing out that while many of us enjoy even a semi-relaxing lunch with a co-worker, dining alone WORKS for others who prefer “flying solo” to be alone to meditate or pray, feed the ducks at the park, or other activities best done by oneself.

Moral of the story: Know what works best for you, but if you prefer conversation, line up a lunch with a colleague – or anyone else for that matter – as much as possible. Whichever you choose, the point, of course is to relieve stress during your lunch time. 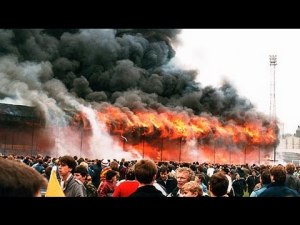 Paris. Brussels. Orlando. Dallas. Baton Rouge. Clinton vs. Trump. Today’s headlines are enough to drive anxiety and worry in even the most optimistic person. What can we do?

Personally, I think there is a lot that the average person can do, and that is to simply pay much closer attention to how much TV and other screen time we spend looking at, and reading about the latest terrorist bombing, police shooting, or other tragedies that are dominating so much of the news these days.

Bear in mind, I am NOT saying we should bury our head in the sand and ignore what’s going on in the world! Not at all. Rather, I am simply suggesting that I think it’s important to limit the amount of time one spends watching these events. Remember the old saying, “garbage in, garbage out”? I think this is similar. In their retirement, my late parents used to watch CNN all day long, and then wonder why they were depressed!

And this was roughly 20 years ago, before the news REALLY starting getting bad and also before technology allowed us to keep up with what’s going on, wherever we are, 24/7. I’ll bet they’d be even more emotionally distraught today!

It’s true that it can be very convenient to catch up on the latest headlines while you’re en route somewhere. Certainly this isn’t a bad thing.

But again, it is so incredibly easy today to overdo it. Let’s say you’re thumbing through your smartphone or tablet for the umpteenth time and see a picture of ambulances amidst what appears to be utter chaos, “Egads, another shooting,” you think. Before long, you’re scrolling again and see a post by…. You fill in the blank … and think, “I can’t believe what that dumb politician just said – I’m so mad!”

Keeping one’s thoughts to oneself is easier said than done, too, so you angrily, impulsively post a comment, “Can you believe …..? Why would anyone vote for …?!” Interestingly, I’ve noticed of late that numerous people on Facebook are imploring people to cut the negativity and keep their political beliefs to themselves. (I’m guilty of political musings, but with posts like that in mind, I’ve made a resolution of being much more careful about what I say.)

A healthy exchange of ideas can be a very good thing, but again there’s limits. Overdo it and the next thing you know you’re growing excessively worried and anxious without grasping that you probably brought a lot of it on yourself! Change the channel! Scroll to more positive events and happenings on your Facebook, Instagram, Pinterest, or other page.

Here’s a few other quick ideas:

1) For every tragedy you read about, try to balance it with something more pleasant: an updated cover picture on a friend’s Facebook page, a cute joke, an insightful quote, the list goes on.  The intent is to help give you a more balanced view of the world, and not grow overly cynical or negative.

2) Numerically limit the number of times each day you spend on your smartphone, tablet, pad, or other device. Set a number that might realistically work for you: let’s say… three times…morning, noon, and when you get out of work. This number would be but one possibility.

The point is, many of us, myself included, are guilty of checking and rechecking our favorite device more often than we think, and actually counting these incidents would bring to greater attention just how many times each day we’re absorbed on our “screens.”

Whatever it is, I think it’s vital to do something, anything, to cut back on our exposure to today’s events. In fact, I’d go so far as to say that our collective mental health depends on it.

my posts. I like to pride myself on the fact I am in the minority in not having a smart phone up against my ear all day long, nor do I even text! (When you can type pretty well, why go backward with only your thumb?)

But at the risk of sounding like a know-it-all, the truth is I am probably more addicted to technology than I like to think. I am just more addicted to it in different ways than some of us, like checking Facebook and LinkedIn more than I need to. Of course, this “interruption” can occur during any of the day it seems, be it work OR play.

Next week I am going to “put my money where my mouth is” as the saying goes, and see just how UN-addicted (or addicted!) I really am. We’re going camping in northern Wisconsin, and I’m not talking about a travel trailer or motor home in which you really don’t get away from it all, but you “bring it all” (like your TV, videos, etc.) with you!

As we’ve done before, although not in a few years, we’re “going off the grid” with no electricity or a typical shower. We’ll pump our own water, which will include heating it up with our propane stove for a shower of sorts. We’ll use that same stove for some meals, and we’ll collect wood and cook over a wood fire, too. We DO have a pop-up camper, and not tents, so we’re not quite as “primitive” as some outdoorsmen.

Still sound crazy, you say? Maybe. But for some of us, it’s a great way to really connect with nature and a simpler life… Reading a good book. Going for a hike. Swimming. Listening to birds during the day and loons on the lake at night. We plan on being truly “unplugged.”

But how long will we be able to stay unplugged? Maybe I’m more addicted to social media than I care to admit, and I’ll REALLY miss my computer! Perhaps my wife is more addicted to her iPad than she thinks … It could be that “getting away from it all” will get old before we think, and we’ll long for civilization and our gadgets sooner than we might believe we will. All I know for sure is that we’re going to find out soon enough!

Each year for the past six years, I have had the wonderful opportunity to attend EAPA’s World EAP Conference, which is held in a different city in the U.S. each fall. Employee assistance professionals from roughly 40 different countries are in attendance. So even though I have never traveled abroad, I’ve still met people from all over the globe! Pretty cool, huh?

I also have the opportunity to email with people from many different cities in the U.S., and even other countries the remainder of the year. It’s a good reminder how small today’s world has become to be able to tell someone, “Hey, I got an email today from China” or wherever it may be, but it still isn’t quite the same thing as face-to-face. You get to actually “know” this person… especially over time when you see some of these same professionals repeatedly at events like annual conferences.

As a result, you are able to engage in important face-to-face networking at conferences… as well as the professional development you’re able to gain in the field. Interaction and coursework is more difficult to do online… certainly not impossible in this day and age .. but in my view at least it’s harder and … might I add… often not as good.

If you haven’t noticed by now, I find the whole conference experience a very refreshing, invigorating change of pace from plunking away at my computer all day, sending emails, and (sometimes) talking over the phone… which helps some, but it still isn’t the same thing as being in person.

It is fascinating to me that in a day and age in which we are more connected than ever in some ways...

in other ways, with more and more of us working remotely than ever – and busy texting and staring at a screen even when we ARE in person… it seems as though we are also more DISCONNECTED than ever, too! Talk about irony! Remember when talking over the phone or seeing someone in person were your only options?! Call me old-fashioned, but sometimes I miss those days.

Several friends of mine travel a lot on their jobs, and so I asked them once, “Couldn’t you just set up a video conference on Skype? Why do you have to fly there?” Over time, as I’ve been to more conferences myself, I’ve seen that it wouldn’t be the same thing. There’s something about meeting someone in person, responding to nonverbal cues – and the individual responding to you! – that remains quite different. Of course, there are also often-subtle cultural differences you would never pick up on without being face to face.

So the moral of the story is this… The next time you are at a conference…. seminar… workshop… .. be sure to introduce yourself to at LEAST several new people… AND… if it isn’t possible to eliminate hauling out your smartphone… … at least cut back on the time you spend texting or otherwise focusing on your mobile device.

For instance, spend the time you’d otherwise spend on your smartphone by “absorbing” your environment. Who in the room (large or small) is smiling? Laughing? Engrossed? Bored? Take note of roughly how many people are in the room. And so on.

You’ll have loads of other times you can be completely engaged on your mobile device, so while you’re at a conference or other event, take advantage of all the face-to-face opportunities you can. There is no reason to be “disengaged” when you can be engaged! It’s  been my experience that you won’t regret conversations or other interaction.

This post originally appeared on this blog on August 24, 2015, and is being re-run due to interest in this subject matter. The author of this blog will be on vacation July 11-15 … In the meantime, scour through some of the other useful posts on this blog!