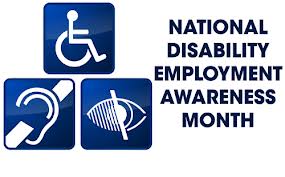 Held each October, NDEAM raises awareness about disability employment issues and celebrates the many and varied contributions of America’s workers with disabilities. Ideas received will assist in developing an overall theme to be incorporated into NDEAM  activities and events nationwide.

Register now to participate in this important event at:

The bizarre disappearance of Malaysian Airlines flight MH370 might sound like an episode from the Twilight Zone, when an aircraft 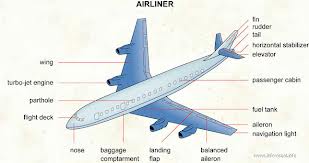 vanishes into a different dimension and emerges in an earlier time.

But of course the airplane is somewhere on earth, intact or in pieces, and we have evidence that it was in flight for hours — under the control of somebody who evidently knew a lot about it.

Air transportation is a wonderful boon, and many of us have to fly to be able to do our jobs. Engineers, weather forecasters, pilots, air traffic controllers, and many others have made flight very safe, but perils remain. Is there anything we as passengers can do to help ourselves?

Airplanes remain an attractive target for people who don’t mind killing innocent people (“collateral damage”) to achieve an agenda. They might want to cause terror, to wreak revenge, to kidnap hostages, or to assassinate someone. Jihadists might see merit in simply killing infidels. MH 370 raises additional possibilities: stealing the airplane itself for future use, capturing a contingent of experts needed to develop military technology, or perhaps simply creating a diversion at a time of crisis as in Ukraine.

The TSA does not make us perfectly safe. I don’t care much about being x-rayed and patted down, but it is not much more helpful than the old, discarded “security” question about whether I packed my own bag. The U.S. could learn from the Israelis and focus on behavior and likely terrorists.

Passengers need not be burdened by fear of the political correctness police. They can observe the people in the boarding area. Are people making unusual demands of gate personnel, as on 9/11? Do they look out of place, or unusually nervous? You could ask a few polite questions: “Excuse me, sir, are you taking this flight? Where are you planning to stay tonight?” If you don’t like the reaction, you don’t have to board the flight. Many of us, unfortunately, are more afraid of looking stupid than of real threats.

Is there someone on your flight who is a serious threat to powerful interests? When the plane carrying Homi Bhabha, father of the Indian nuclear program, ran into Mont Blanc in 1966, it might have been an accident — or an assassination. In 2011, there were calls for re-opening the investigation of the 1961 crash that took the life of UN Secretary General Dag Hammarskjold. Was his plane shot down? Was KAL 007 deliberately diverted into Russian airspace in 1983 because of Congressman Larry MacDonald? If you have any choice, fly with ordinary folk. 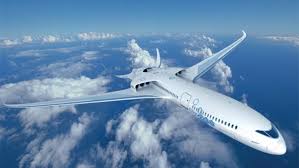 If the goal is to seize the airplane, MH 370 suggests an efficient way to prevent passengers from interfering or from sending a message by satellite phone or wifi if they notice the plane turning off course.

Flyers may not realize it, but they are sitting comfortably in a pressure chamber. That’s why there’s a little hole in the window — it allows the pressure of the air between the two panes of glass to equalize with cabin pressure.

Only the windows and a thin shell of aluminum are between the passengers and the lethal conditions in the atmosphere at cruising altitude. The cabin must be pressurized to about 8,000-10,000 feet (10-11 psi). Even at that altitude, people with serious heart or lung conditions may not be able to get enough oxygen into their blood.

In the safety briefing, passengers are told to put their oxygen mask on immediately if it drops down, before trying to assist others. That’s because the time of useful consciousness (TUC) may be measured in seconds. At 40,000 feet (2.7 psi), that would be 15 to 20 seconds.

A rapid decompression is lethal for other reasons, being comparable to bolting for the surface from a deep dive: ruptured eardrums, bubbles blocking circulation, exploded lungs. But with a controlled rate of decompression, the bad guys could do just fine with oxygen, while everyone else lost consciousness and quietly died.

Who is piloting your aircraft? Who has control of its life support and communications systems? In a time of total war, it matters.

Jane M. Orient, M.D., is the executive director of the Association of American Physicians and Surgeons, and author of Sapira’s Art and Science of Bedside Diagnosis; and YOUR Doctor Is Not In: Healthy Skepticism about National Health Care. Additional information on health-related issues can be found at: http://takebackmedicine.com/ 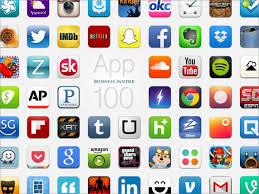 Work Autonomy provides higher levels of independence for people with disabilities in the work site by providing fluency in three areas that traditionally challenge successful competitive placements: 1) person-generated communication with co-workers and supervisors regardless of linguistic or cognitive skill, 2) tracking task analysis and work schedules independently, and 3) allowing access to concrete information about work expectations, production and dollars.

The design is focused on the user with a disability to program and track concrete information about their work life. All or any of three sections can be turned on and programmed for use: Messages, Schedules and Production.

Each section allows for the capture and editing of content using video, photo, text and/or voice to meet the communication preferences and processing needs of the user. Check it out at: http://www.ableopps.com.

ORC International will be unveiling the results from its global employee survey on Monday, March 24 at 12 p.m. EDT.

This year’s survey, which covers the responses of 7,000 employees across 20 countries, sees workplace innovation dipping in the U.S., placing it fifth in the global rankings.

The country’s innovation index has fallen four points to 51% this year, outperforming Europe (45%) but lagging behind powerhouse emerging economies India (70%) and China (62%).

Join ORC for this 30-minute webinar and you will learn:

* The significant impact innovation has on creating a successful working environment.

* The reasons behind the U.S.’ 64% positive engagement score.

* How U.S. organizations stack up against their U.K. counterparts.

Participants will also have the chance to ask questions of our employee research experts on our findings at the end of the session.

*Select the time zone that is correct for you on the GoToMeeting registration page as the default setting is Greenwich Mean Time. (To do this, go to the “Book online” link, which is located at the URL listed above …. and then the “News & Events: Upcoming Webinar” tab.) 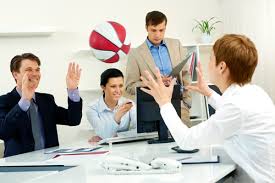 During the NCAA basketball tournament, companies that allow employees to celebrate March Madness at work may emerge as the real winners, a new OfficeTeam survey suggests.

Nearly one-third (32%) of senior managers interviewed said activities tied to the college basketball playoffs boost employee morale, and more than one-quarter (27%) felt March Madness has a positive impact on worker productivity. These results are up from 20% and 16%, respectively, in a similar survey conducted in 2013.

View an infographic of the research results on how March Madness activities impact employee morale and productivity.

“Many companies acknowledge the appeal of sporting events like March Madness and organize friendly contests or invite workers to watch games together,” said Robert Hosking, executive director of OfficeTeam. “Group activities like this can boost employee morale as workers have fun discussing game scores or their favorite schools.”

OfficeTeam is the nation’s leading staffing service specializing in the temporary placement of highly skilled office and administrative support professionals. More information, including online job search services and the OfficeTeam Take Note blog (blog.officeteam.com), can be found at officeteam.com 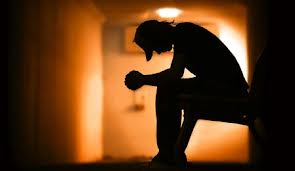 A Wisconsin primary school teacher had bouts of depression that led to a diagnosis of seasonal  affective disorder, or SAD — an abnormal reaction caused by the lack of sunshine in the winter months. She asked to be assigned to a classroom with exterior windows, but her request was denied.

District officials argued the teacher was not an otherwise-qualified individual with a disability, contending she wouldn’t have been able to return to work even in a classroom with windows. Officials also said that they’d been insufficiently informed about her condition: The doctors’ letters had reached Eckstrom’s school’s office, but the school superintendent said he’d never seen them until after Eckstrom sued.

However, Eckstrom’s primary care physician and psychologist backed up the request with letters to the school district – saying that school officials did nothing, except for a few attempts by the principal to make her existing, windowless classroom “more hospitable.”

Appellate judges asserted that Eckstrom showed she was a qualified person with a disability, the school district knew about the disability, and it failed to offer accommodation.

With Daylight Savings Time starting this Sunday, many professionals could be bleary-eyed at work next Monday.

But just because most of us will “lose” an hour of sleep doesn’t mean our energy has to wane at work.

So how CAN  you kick-start your day and stay focused on the highest-priority assignments? Here are five tips for turbocharging your morning routine – courtesy of Accountemps   – http://www.accountemps.com

What’s YOUR morning routine? Do you have other tips for diving into your workday? Please share!