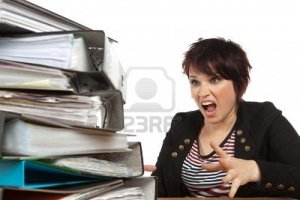 With summer just around the corner, many professionals will face the increased challenge of juggling meetings and projects at work with family time and vacation plans. This can lead to rising stress levels. In fact, in a new Accountemps survey, 41 percent of CFOs cited trying to balance work and personal demands as the greatest source of workplace stress for finance professionals.

“Work/life balance may seem like an issue for individuals, but it also should be a concern for businesses,” said Max Messmer, chairman of Accountemps and author of Human Resources Kit For Dummies® 2nd edition (John Wiley & Sons, Inc.). “Whether it’s through flexible work schedules, telecommuting arrangements or other options, organizations that commit to these efforts enhance morale and productivity and make their businesses more appealing places to work.”

Messmer added that workers need to do their part, too. Accountemps highlights some  things that employee assistance professions should share with employees:

Understand the employer’s priorities: Knowing which initiatives are most critical to the firm’s success will help prioritize responsibilities. Proper workload management will increase productivity and make it easier to accommodate personal demands as they arise.

Know what the company offers: Familiarize yourself with alternate work arrangements or other benefits your employer may provide. For example, can you telecommute or adopt a more flexible schedule? When approaching a manager about adding these offerings, present a business case that also details how the firm will benefit from giving employees more flexibility in when and how work gets done.

Learn to say NO: Realize that no one can accomplish everything. If you can’t take on a new project, let your manager know. Explain the situation, and, if needed, offer to shift some of your responsibilities to accommodate the new request. Your boss would rather know up front than see a project fall through the cracks.

Know how to unplug: As much as possible, set aside times when you can cut the tether with the office. Try to avoid checking work email and list an alternate contact in your out-of-office message. 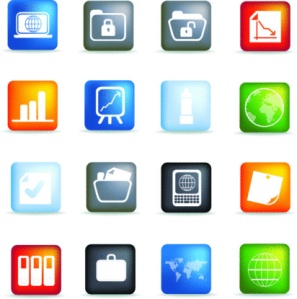 launch of its first disability-related application challenge, which is designed to generate innovative tools that will improve employment opportunities and outcomes for people with disabilities.

Nearly 22 years after the passage of the Americans with Disabilities Act and 39 years after the passage of the Rehabilitation Act of 1973, people with disabilities continue to be employed at much lower levels than those without disabilities. The goal of the app challenge is to promote recruitment resources for employers, develop job training and skill-building tools for job seekers, facilitate employment-related transportation options and expand information communication technology accessibility.

Submissions should provide access to important data and resources; attract users with different skill sets and language preferences; be accessible (that is, compatible and interoperable with assistive technology commonly used by individuals with disabilities, such as screen reading and speech recognition software); and consider partnerships that will ensure sustainability of the app.

In addition, they should be targeted toward a variety of audiences such as students, teachers, employers, career counselors and workforce professionals, as well as individuals with disabilities working or seeking work at all levels in a variety of salaried and hourly jobs.

Awards with cash prizes – totaling $10,000 – will be given to the top three submissions, including the grand prize Innovation Award, the second prize People’s Choice Award, and the third prize Above and Beyond Accessibility Award. The winners will be featured prominently on ODEP’s website, http://www.dol.gov/odep, as well as at http://www.disability.gov and through other public outreach vehicles.

Contestants must register for the contest on the Challenge.gov website by creating an account at http://challenge.gov/users/login. Each registrant will receive a confirmation email and may then enter a submission via the “Post a Submission” tab at http://www.disability.challenge.gov. Submissions must be entered between May 23 at 12 a.m. EDT and Aug. 23 at 11:59 p.m. EDT. Late entries will not be eligible for prizes.

Are any of your clients social media addicts? Is inclusion in the DSM-IV next?

But how much is too much? Social media addiction is a problem not often tweeted about.

“We’ve seen that people will actually have increased heart rates and they’ll have pleasure response from checking their accounts and seeing that they have a new message,” explained Brad Bordini, a psychotherapist with Bellin Behavioral Health in Green Bay.

Bordini has treated patients for addiction to social media and said the ripple effect could be devastating.

“People are starting to lose the ability to interact at times on a human basis,” he explained. “We’re seeing a significant rise in social anxiety with people. They’re becoming more shut in.”

According to a recent study from the University of Chicago, texting and checking Facebook and twitter ranks just behind sex and sleep on a list of urges that are almost impossible to resist, even more addictive than alcohol and tobacco.

“They become almost upset when they don’t receive immediate feedback when they post something new,” added Bordini.

Those Local 5 talked with said they log on to connect with friends, play games, or just to kill time.

“It’s a habit more or less,” said one girl. “I do it at night or in the morning when I wake up.” “I just do it because I’m bored usually,” another teen told us.

But when it starts to get in the way of your daily routine, Bordini said it may be time to unplug

“We need to focus on what is appropriate, what’s not appropriate and setting boundaries for the self,” he said. “As far as how we’re going to let ourselves indulge in these different forms of media.”

Social media sites are now more accessible than ever, with smart phone and tablet apps, which doctors think could be contributing to some addictions.

Having a baby? Know someone who is? The list of the 10 most popular boys’ and girls’ babies names for 2011 was recently posted on MSN.

They are, in order:

Nice to see so many old-fashioned names on this list – as opposed to some of the wacked-out names out there today. BTW: The last post, see below, was my 100th on this blog! Yeah! 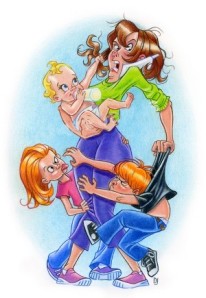 BRADENTON, Fla. — Just in time for Mother’s Day, new research shows coping with mental pressures and anxiety may be more taxing on the heart health of women.

The study, presented at a recent annual Experimental Biology meeting, showed men and women given the same stressful math problem all had an increase in blood pressure and heart rate while solving it. Normally, when heart rate and blood pressure rise, blood flow to the heart muscle increases so it can compensate. However, findings showed while the men’s heart increased blood flow, the women’s heart did not.

With many mothers overextending themselves, cardiologists say stress management is a key factor in maintaining a healthy heart.

Studies of heart attack patients found that 15 to 30 percent of those admitted to a medical center had suffered from severe emotional stress.

Being able to identify stressors in life and releasing the tension they cause is critical in learning to cope with everyday pressure, as well as significant traumatic life events. Below are some common triggers that can affect mothers at all stages of life.

After identifying the cause of stress, the next step is to learn coping techniques. Some common techniques for coping with stress include: 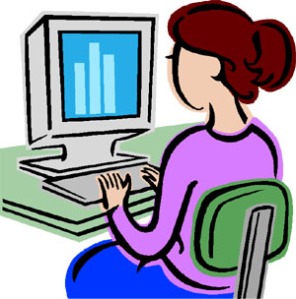 Moms are the new Internet junkies! According to Parenting magazine, many young mothers are addicted to blogs, message boards, and virtual-world sites like Second Life. In the most extreme cases, addicts don’t bathe, neglect their children, and use drugs to help them stay up later for more Internet time.

Certainly, not everyone’s problem is bad enough to need professional help, but if you’ve noticed you’re missing out on time with your child, or laundry isn’t getting done, you might be susceptible to the addictions of the Web. Here are some reasons why the Internet is so appealing to new moms:

Moms are alone most of the day. They’re desperate for someone to talk to, so they find an online community. Addiction fills a void, whether it’s emotional, physical, or spiritual. For a lot of new moms, the void is being home alone with a demanding newborn. They turn to the online world to feel like they’re not alone, and then it becomes an escape to turn to whenever they feel stressed or bored.

Moms are looking for ways to express themselves. After having a child, a lot of women feel they’ve given up their identity. Looking up old friends on Facebook or buying retro music online can remind them of who they used to be. On virtual-world sites like Second Life, moms can even create online images of themselves and become anyone they want to be – a popular cheerleader, leather-wearing motorcycle chick, and so on.

Recommendations: Keep an online journal to track when you go online. If you can determine the triggers that make you seek cyber-refuge, you can come up with alternate activities, like taking your kids for a walk. Another tip: Make weekly appointments to get out of the house. This will help make your real life the place you want to be.

If being connected 24/7 was supposed to make our lives easier, the business world didn’t get the memo. Most American professionals just can’t shake the end-of-the-day feeling that they didn’t get enough done. So day after day, they find themselves responding to work e-mail on their smartphones right up until their head hits the pillow. Sound familiar?

By implementing a few small changes, you can get more done in less time —which not only staves off burnout, but leaves more time for doing what you love. The following is but one idea from Womack’s new book.

Keep your BlackBerry out of bed. Womack writes about a client who listed “Check e-mail on BlackBerry (in bed)” as part of his daily morning routine. Note that he didn’t do anything about those e-mails while still in bed. He waited until he was commuting to work (he had a 40-minute train ride to the office each day) to start taking action. Then, he said, he rushed through his morning worrying about the e-mails he had read in bed.

“Together, he and I designed a five-day experiment during which period he would leave his mobile device in another room and use an alarm clock to wake up instead of his phone,” says Womack. “He would shower, dress, eat breakfast, and then check e-mail on his train ride to work. Initially, he expressed concern that he might miss the ‘thinking about what I have to think about’ time he had built in to the early part of the day, but he was willing to give the experiment a try.

“When I called him the following week, he had good news,” Womack continues. “The experiment had worked. He was less stressed and was using his morning more productively. This change in his routine gave him a higher quality of life with less stress and increased productivity—one he didn’t know was possible without falling behind in his work.”