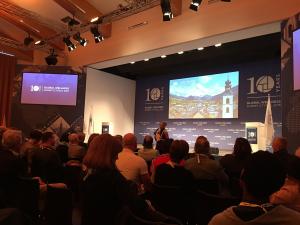 For the second-straight year, I have the good fortune of attending this year’s Greater Wisconsin EAPA Chapter Conference in Milwaukee. Like a lot of professionals, I know there is a lot to be gained from attending such events – networking and meeting new contacts, reacquainting oneself with previous attendees, and yes, sometimes drumming up more business.

Unfortunately, many employers only see the latter point as a worthwhile reason for going. You can’t blame them to a certain extent. It’s true that most work organizations are operating “lean and mean” these days, and so conferences are all too often seen as an unnecessary expense. They see events like these only as opportunities to be “order takers” for their products or services – and if the “orders” don’t look like they will offset expenses, it’s off the table. You’re not going. End of story.

They don’t “get” that professional conferences offer tremendous opportunities for face-to-face networking that will end up paying for itself many times over. But the value is often more intrinsic than financial in the beginning, and many employers won’t take that risk.

One of the reasons I left my former employer is because of how poorly networked I was in the other fields that I covered and wrote about, compared to how WELL connected I was with professionals working in employee assistance. It made no sense to me that I could have so many people to turn to for articles, suggestions for topics, and others, in one profession, and so FEW people to contact in other fields. It was literally a “disconnect.”

Perhaps even more important are the friendships you start building when you attend events face to face. Even in today’s online day and age, there is still nothing quite like meeting people in person. I have written about the importance of face to face before on this blog and so I’ll stop there, but suffice it to say that there is a big difference between having people to talk to about a given topic, than it is to simply google it. 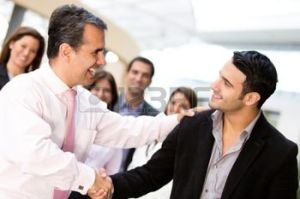 If you have a reluctant boss, explain that while the event might not bring in a lot of money immediately, over the long haul the additional contacts will drive more business. If that isn’t enough to get you on a plane to XYZ city, if your personal finances allow it, go to an important conference out of your own pocket – but with the stipulation that if the contacts you meet at the event ends up bringing in enough business to justify your expenses, your employer reimburses you. What would he/she have to use?

Whether it’s called a conference, convention, institute, or roundtable, it’s been my experience that these events are well worth it. A forward thinking employer should think so, too.

Sometimes fires are pretty small and can be put out pretty easily. In other

cases, it’s a raging, wild beast that will take multiple firefighters, if not whole departments, to tame. In many cases, it need not have turned into a raging inferno, but it did.

Between fake news, biased news, and no news, the media has come under fire recently like never before. Unfortunately, much of it is deserved. As someone who’s been a practicing journalist for 30 years, here are what I see as some of the big problems today.

* News today is too instantaneous. While it’s possible to get a story “out there” much faster than I would have ever dreamed possible decades ago, today’s breakneck media pace often isn’t a good thing. Ryan Holiday, a media columnist and author of Ego is the Enemy, puts it this way: “You cannot have your news instantly and have it done well. You cannot have your news reduced to 140 characters or less without losing large parts of it.”

Let me read that sentence again. “You cannot have your news instantly and have it done well.” News takes time to gather, check facts, proofread, and have an editor look it over for grammar and context. But in today’s mad rush to fill the numerous news channels and electronic outlets, it’s more like write first, post first, and don’t worry about “that other stuff” (too messy, takes time you know). Besides, who remembers the ramifications of a story that was inaccurate or misleading? The people who were affected by it, that’s who…. But that’s “okay,” in the wild rush for a new scoop, who’s going to take the time to set the story straight, right?

* News today is far too biased. Even the most nonchalant reader has become aware that the majority of today’s media outlets are far too left leaning. This was something some friends of mine pointed out to me 20 years ago, when I was still working as a newspaper reporter. Naturally, I defended my profession and said they were full of hogwash. Today, the problem has only gotten worse, much worse, I dare say.

But it wasn’t always like that. In my day, an editor or J-school professor would not have accepted a story that didn’t have two sides to it. If you were talking to a Democratic candidate and you didn’t get the Republican’s point of view you didn’t have a story. Period. If you were under a really tight deadline, you “might” get away with saying something to the effect that…. “John Smith, Republican candidate for …. office, was not available for comment.” In that way, readers knew that you were at least trying to get a balanced story.

But purposely not seeking anyone else’s opinion was just that in the day, an op-ed piece, and not a news story. A heavily one-sided story would have gotten you a failing grade in a journalism class 30 years ago. I don’t know what they teach today. I shudder to think.

* Today’s journalists aren’t trusted. I’m not sure what the profession can do to get back the respect that used to come with being a reporter. Not that you didn’t louse up a story from time to time! Of course I did! It was embarrassing, humbling, but you said you were sorry, tried to learn from your mistake, and moved on.

And when a source told you something was off the record, you kept it that way because the information you got later on by honoring that request, even though you wanted to use the statement – boy, did you! – ended up being an even better treasure trove of info than the one nugget you wanted to use. The point is, you kept your word, and so while you may have gotten something wrong in a story from time to time, you were TRUSTED.

“In my opinion, the current state of journalism is a dumpster fire,” states Jim Rossi, writer, entrepreneur, and LinkedIn campus editor for UC Berkeley.

What’s being done to dump some water on this blaze? Nowhere near enough, I’m afraid.

Individuals with autism vary widely in their abilities, challenges, and need of support. Not every person experiences every symptom. For some, holding on to any job is a challenge. Others are able to establish careers, although they often face significant struggles with communication throughout their working lives.

Although persons with autism are represented in all types of careers, the areas of high technology, technical writing, scientific and academic research, library science, and engineering make good use of their logic and analytical skills, excellent memory for facts, attention to detail, vast knowledge in specialized fields, and tolerance of routine.

Unfortunately, while the number of people diagnosed with autism increases each year, there are not enough quality programs designed to train adults with autism with real-world career skills. As a result, too many are either unemployed or working in menial jobs below their skill level.

Support is vital for adults with autism to remain successful and employed over time. Job coaches, mentors, liaisons – and/or an EAP – are needed to ensure that individuals with autism understand their jobs, and employers and co-workers grasp the unique needs of a colleague with autism.

Companies that have successfully hired and retained individuals with disabilities (including those with autism) include Walgreens, Glaxo Smith Kline, Clark Manufacturing, Outback Steakhouse, and CVS Pharmacy. Firms like these have developed programs so managers and employees alike can learn about the benefits of providing accommodations for workers with disabilities, such as autism.

Coding Autism is another such organization. To help adults with autism learn the fundamental skills necessary to secure an entry-level web developer job, Coding Autism recently announced a new program to train those with autism how to code.

To help fund the program, and allow contributors to provide for scholarships so that the entire 15-person first class can attend tuition-free, Coding Autism launched a crowdfunding campaign at: https://startsomegood.com/coding-autism-training-adults-with-autism-in-code.

Support is vital for adults with autism to remain successful and employed over time. Job coaches, mentors, liaisons – and/or an EAP – are needed to ensure that individuals with autism understand their jobs, and employers and co-workers grasp the unique needs of a colleague with autism.

Individuals with autism typically have social difficulties, therefore social aspects of workplace relationships are an important factor for support persons such as job coaches, EA professionals, and others to address.

Support must be tailored to the individual. Each adult with autism has different skills and challenges to overcome in the workplace. Adults with autism are a valuable sector of the workplace and with support can be very productive and valued employees.

In a day and age in which reliable, skilled help is too often in short supply, it is in management’s best interests to work effectively with persons with autism.

Autism Speaks is dedicated to promoting solutions, across the spectrum and throughout the lifespan, for the needs of individuals with autism and their families: https://www.autismspeaks.org

I am excited about  the changes to Employee Assistance Report (EAR),

a publication  that has been providing practical, solution-focused articles for EA professionals for 20 years.  That is, EAR is  …. Going……… GREEN!

That means BIG savings!  The printed newsletter cost $229 a year, but a digital version is just $99 a year, and this  INCLUDES all of the inserts designed to increase utilization rates.… This is a $130 annual savings over the print version!

Topics in EAR include but are not limited to:

AND…. if that isn’t enough, the $99 price for an e-subscription includes a FREE electronic ad that you can place each quarter. The “live” link ad can be used to promote areas such as, promoting your EAP’s services, an upcoming webinar, etc.

For only $8.25 a month, or the cost of a few good cups of Joe, you can receive “news you can use” each month – and the opportunity to advertise for free!

Call 715-258-2448 or go online at … https://www.impact-publications.com/product/employee_assistance_report/EARN-EAR-Subscribe     (Scroll down to “EAR – Electronic Subscription”)

Thank you for your time. Hope to see you as a subscriber soon!