Where do you work? A bank? Factory? Doctor’s or counselor’s office? 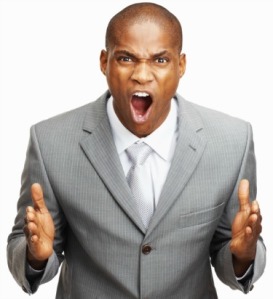 WHAT do you do? Bank teller? EA professional? Physician? Dental hygienist? Now… ask the same people what the CULTURE is like where they work, and you can expect some of the same respondents to roll their eyes at you.

You can’t blame them really, because while workplace culture is important, it tends to fly under the radar in many instances. This is a shame, because I have often found that workplace culture often has more to do than any single reason why an individual can succeed – or fail – on the job. It’s never ceased to amaze me that I have been doing the same type of work in many ways for a lot of years… that being writing, editing, and so on. And yet, it hasn’t been unusual to be fired from one job, while told I was doing great somewhere else! That’s not all.  I once had two editors that were my immediate supervisors: one thought I was doing a good job – while the other one did not!

What gives? This is where workplace culture comes to play, and along with it expectations, micro-cultures, and other factors we’ll have to save for another time. Let’s go back to the previous editors I mentioned, and their two, very different expectations. I was very happy at the time being an associate editor, and the one editor who liked my work was quite pleased with that. He could count on me to do what I was told, do my job well, and make all of the necessary deadlines.

In the case of the other editor, these sorts of tasks and responsibilities were a given. You did them, maybe even well, but so what? This editor didn’t like it if you didn’t aspire to “move up the ladder.” Different editors, different expectations.

What about the culture in general? I have worked with mostly single people when I was married, and mainly married co-workers when I was single – neither is ideal, in fact, both scenarios can be enough to drive you out the door.

Of course, there is more to culture than whether one wears a wedding band or ring. Much more. “Culture, the foundation of any workplace, is made up of individual behaviors,” explains Jennifer Sumiec, CEAP, in her article, “Is that an Elephant in the Room?” “Culture sets expectations for which behaviors are reinforced or extinguished,” she adds.

Sumiec notes that many workplace programs and benefits, including EAPs, are sometimes too focused on the individual and fail to consider the broader cultural context within which those individuals exist. After all, it’s often said that people don’t quit their companies, they quit their bosses!

What does this all mean? “In addition to addressing individual concerns, EA professionals are uniquely positioned to help organizations explore systemic issues,” Sumiec concludes.

However, Sumiec says that the bigger issue is that of MICRO-cultures that form across organizations based on norms established by individuals and leaders within a department or team. While some aspects of culture may be found throughout an organization, Sumiec states, often there are pockets of discontent OR high engagement and productivity.

Again, I completely agree – and can cite examples. At a particular daily newspaper I was a reporter at, there were several newsroom teams that took turns getting out the Saturday paper on Friday evenings. One group, the one that worked alternate Fridays from mine, got along quite well, but only did enough work to get by compared to our team, which cared a lot more about putting out a good product. This of course created animosity between the two groups – I hesitate using the word “team” because neither of us were.

These were micro-cultures at their worst, but it’s not the only example I could name. Newsrooms in general, regardless of the specific paper, tended to be “their own little world,” set apart from the rest of the newspaper departments. “You’re the one department that loses money,” I recall being told once from a publisher. Nice. Unfortunately, I doubt that this sort of toxic environment is that unusual regardless of the type of business.

What does this all mean? “In addition to addressing individual concerns, EA professionals are uniquely positioned to help organizations explore systemic issues,” Sumiec concludes.

It’s been my experience, at least, that there are WAY too many work cultures with conniving, backstabbing, and petty situations in which star employees leave – and WAY too FEW that are thriving, positive places with engaged and satisfied employees.

This is the second in a series of posts about the pros and cons of today’s technologically driven age.

Between Eric Clapton, Bob Dylan, and others, there is something simple and straightforward about unplugged albums. Take away the keyboards, LOUD amplifiers, and other instrumentation, and suddenly individual notes, once taken for granted since they were flying like radar under the surface, once again dominate the sounds of master musicians like these.

It’s not unlike how we deciphered the sounds of our less cluttered, unplugged lifestyles before smart phones, tablets, pads, earbuds, and Bluetooth devices came in to play to bombard the airwaves of our already busy lives.

As I’ve written before on this blog, I like to think I am not naive to the numerous advantages of today’s Information Age. But, I would point out, do we ever consider the cost?

It’s true we can “google” something in the blink of an eye, and have access to information that would have taken minutes, even hours, to research in a library decades ago. But while we have tons of knowledge, we, conversely, have little discernment about what it all means.

In terms of communication, we can talk to, listen to, and even see people anytime, anywhere on our smart phones and other digital devices. It’s not unusual for me to receive an email from San Diego in the morning, and Beijing, China later in the day. I still revel at that technical advancement. That’s clearly part of the plus side.

On the other hand, does anyone else think it odd that a family of four can be seated in a living room with four distinct conversations going on? Allyson is texting Jamie about tomorrow’s volleyball practice. Jacob is jamming away to Bruno Mars, earbuds firmly in so the volume doesn’t bother anyone else in the room. Meanwhile, Mom is using an electronic calendar to plan out tomorrow’s to-do list. Finally, Dad is relaxing, reading the newest book from his favorite author he just downloaded onto his Kindle.

So what, you might say? Just family life in the 21st century, right? Perhaps, but when these scenes play out day after day, after day after day, after… Is this a good thing? Are four separate conversations, while perhaps unavoidable at times, supposed to be a technological “advancement” over Allyson telling her folks about her big practice tomorrow with the season’s biggest volleyball match just days away?

Or what would be wrong with Jacob excitedly telling his folks what his sister, Allyson, already knows, that Bruno Mars is the best musical entertainer since, well…. (You fill in the blank). Mom and Dad might not agree, but at least they would become aware of something going on in their son’s life – that being his love of music and his favorite artist in particular – as opposed to having no clue what he is listening to on those “buds” of his.

Or, as a friend of mine once told me with a very puzzled look on his face when he found out that I emailed my work colleague, Karen….“Doesn’t she sit right across from you?”

These are just a few of the many, many examples of the disconnections going on in today’s society – both at home, school, work, and everywhere in between. Several people can be engaged at a business conference or meeting, while scores of other colleagues are too busy scrolling through their smart phones to catch the latest news, posts, and updates, to notice what anyone is saying. Is this a technological “advancement”? 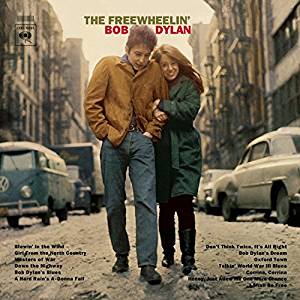 I, for one, think we need to try living an unplugged lifestyle more often. We just might find some great notes again underneath all of the heavy drumbeats, and screeching guitar solos.

degrading and humiliating others. Research from around the world indicates up to 50% of working adults report that they have been bullied.

Although OSHA and various state and federal regulations require that employers provide a safe and harassment-free work environment, it is an epidemic many employers are ill-equipped to deal with.

Employee Assistance Report and Civility Partners will present the free webinar, “How to Spot, Understand, and Solve Workplace Bullying” at 1 p.m. Eastern time on Wednesday, July 20.

Join Catherine and Mike as they define workplace bullying and offer tips for helping targets and organizations solve the problem. All information is based on their own experiences and academic research.

Don’t miss this great opportunity to learn how to handle this complicated issue from a true expert in the field!  But time is ticking away! For more info and to register visit