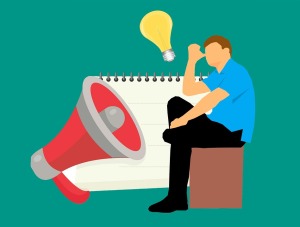 in Parkland, Florida. But what can be done about it to avoid such tragedies in the future is a hotly contested debate. This post will take a look at a few of these ideas.

* Arm teachers. This is undoubtedly the most controversial of the ideas proposed for reducing gun violence in schools. The idea here, according to proponents, is that since schools have signs indicating they are “gun-free zones”, shooters know all too well that no one at the school will have a gun, and so schools are highly vulnerable to attacks. No one (I don’t think) is saying that ALL teachers should be armed – nor should any law be imposed on anyone against the idea – rather, the intent, advocates say, is to provide thorough training for staff members (need not be a teacher) who might volunteer for additional training because they already own a gun. A weapon would have to be kept under tight lock and key, and virtually no one could know who a so-called “designated arms specialist” might be. The overall idea is for someone in the school to be trained well enough to help keep carnage to a minimum – wounding the individual until better trained people arrive like police, SWAT teams, etc. I am not saying this is necessarily a good idea – I merely report on what I’ve read.

* Improve school security. Most people I’ve spoken with seem to be for this idea. Many inner-city schools already have metal detectors – the rationale here would be to expound upon security measures in place in some areas – much like how the Transportation Security Administration (TSA) has made airports safer for travelers. Not fool-proof, by any means, but certainly saf-er than they were prior to 9/11. How would a school pay for it? What should it all entail – hiring a security guard(s)? I would say leave it up to schools to decide on the specifics, but at the VERY least, the government should provide funding for metal detectors and cameras.

* Other measures might include things like improving and expanding mental health care, reducing the amount of violence in the media (the reasoning here is that many young people are increasingly desensitized to violence), and focusing on better parenting. The rationale here is that overprotective parents shield their kids from disappointments in life – therefore some of them lash out in the only way they know how, with violence.

One thing seems for sure: Preventing school violence is a complex problem that won’t go away through gun legislation alone. It might help, but other measures are also needed.  What are your thoughts? What would you do?

Companies that train their employees in what are commonly referred to as “soft skills” are finding those efforts pay off in productivity and retention.

People with soft skills are adept in areas such as interpersonal communication, leadership, problem solving and adaptability. But often still missing in the soft-skills department, some corporate analysts say, is the willingness to show an even softer side – specifically, saying “thank you” and “I’m sorry.”

“Simple as they sound, those phrases – which most of us were taught by our parents as good manners – are often difficult for many people in the corporate culture to say,” says Keith Martino (www.KeithMartino.com), author of Expect Leadership and head of CMI, a global consultancy that customizes leadership and sales development initiatives.

“But there’s a great value and power to saying ‘I’m sorry’ and ‘thank you’ in the corporate world. The first time someone apologizes or says a genuine ‘thank you,’ the whole environment shifts.”

“So many people in today’s corporate culture have lived through not being valued in the workplace,” Martino says. “As we moved from the industrial age to technology, the thing that got left behind was the human element. People are starving for the human touch.”

“The relationship qualities, founded on mutual respect, that were common 100 years ago are still essential today,” Martino says, “and without them organizations fail. Walls go up, people get alienated and can’t work together anymore.”

Keith Martino (www.KeithMartino.com) is head of CMI, a global consultancy founded in 1999 that customizes leadership and sales development initiatives. Martino is the author of Expect Leadership, a series of four leadership books – The Executive Edition, in Business, in Engineeering, and in Technology. He has also published three sales handbooks, Get Results, Results Now, and Selling to Americans. After more than 20 years and numerous awards at FedEx, Xerox and Baxter Healthcare, Martino and his team provide world-class counsel and proven web-based tools that produce consistent results. He has been the keynote speaker at business development conferences for Xerox, Bass Pro Shops, New Horizons Computer Learning Centers, the American Banking Association, Baker-Hughes, Shell Oil, RadioShack, Schlumberger, and others.

As an employee assistance professional, you are no doubt quite familiar with putting together orientation trainings to familiarize workers with the services offered by your EAP.

But what about the employee’s orientation to his or her job? Was the worker given proper orientation to the tasks he or she would be performing? Or was Johnny or Sue left to “sink or swim” on their own?

It seems to me that in today’s “lean-and-mean” business climate in which too few people are often asked to do the jobs of too many, too little time means thorough on-the-job training is lacking in far too many cases.

Consider the online or paper “trainings” a new hire is often asked to read and sign off on. That’s fine and well, but how much of what is read is actually retained – ready to put into action on the job? In many cases, wouldn’t it make more sense to present the information in a timely manner? For instance, does it make sense for the employee to take a training on tornado awareness in February, when the drill isn’t scheduled until April? Would YOU remember what to do? Why not wait until mid-March to have Johnny take the training? But in too many cases, the supervisor, or HR, or both, is in a big hurry to get Johnny to sign off on everything related to the job all at once.

For that matter, how applicable is that slickly packaged binder or slide show to the types of situations the new employee is actually likely to encounter on the job? Wouldn’t it make more sense to present scenarios that the individual could be expected to run into instead? Or what about being proactive and present several “what would you do if” examples as part of the interview process?

And, since the initial days on a new job are so important, what about following through with the individual on a daily basis for, say, several weeks to see if Johnny or Sue has any pertinent questions pertaining to the tasks that they were hired for? “Sue, I see you have your first report due on Friday. Do you have any questions about it?” one might ask on Monday. THEN, follow up again in the middle of the week and ask the same question again.

Now it’s true that Sue might be a quick study and have the matter well in hand – if so, great! But not everyone learns quickly, and another individual, especially someone reluctant to ask questions, might not have a good handle on the job to be done. Never assume!

But who would have the time to help Sue, one might ask. I sure don’t! I beg to differ – what makes more sense, taking the time, ahead of a deadline, to help make sure a job is done right, or “assume” Sue knows what to do, and have to take EXTRA time to do the job over because it wasn’t done correctly? 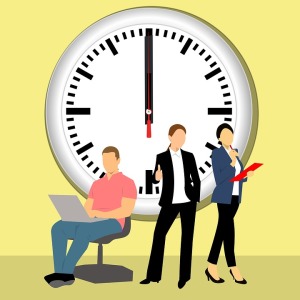 It might not be something as obvious as a big report either. What about directions? Let’s say Johnny is told part of his job involves getting the mail each day and delivering it to the appropriate individuals in the office. Sounds simple, but does Johnny know the names of the key staffers and where their office or cubicle is located? Was he shown? Does he know where to even get the mail? Again, don’t assume! Take the time to follow through to help see that Johnny has the information and tools he needs to do the job at hand.

This is certainly not to say that one has to hold someone’s hand either – but neither does the “sink or swim” approach work very well. I was hired once as a grant writer and despite the fact they knew I did not have any grant-writing experience, it wasn’t until I was on the job several months, and I still had little clue what I was doing, before I was sent to a workshop to learn to write grants! You’d think that would have been something I would have been asked to attend early on – not wait until it was clear I needed help! Especially when the gal who was supposed to take me under her wing was out on maternity leave – and my direct supervisor admitted he “was no writer.”

So never assume that the reasons an employee is not performing well are necessarily his or her fault. Maybe Johnny or Sue were never shown how to do the job! If they weren’t, naturally there are going to be performance issues! Was Johnny or Sue given a proper job orientation, or were they thrown to the wolves?

What makes more sense – to take the time to train someone to do the job RIGHT – or can Johnny or Sue and then have to re-interview, rehire and retrain someone else?

You know what they say about assuming……it makes an …  —s out of you and me.